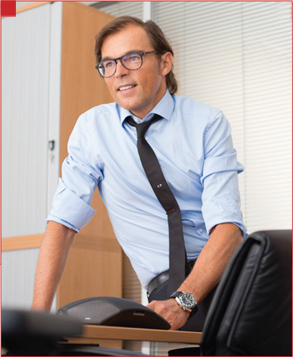 An Interview with François Masquelier, Head of Corporate Finance and Treasury, RTL Group

Treasury professionals have taken a wide variety of routes when building a career path, and the decision to pursue a treasury career is often a result of chance and circumstance rather than early ambition. François Masquelier, Head of Corporate Finance and Treasury at RTL Group, is well known to TMI readers, and has had notable successes both in his corporate role and in the wider profession as Chairman of ATEL (Association des Trésoriers d’Entreprise de Luxembourg), and Vice-Chairman of EACT (European Association of Corporate Treasurers). Like many others, his treasury career was launched almost accidentally, as he describes in this interview with Helen Sanders, Editor, but he has gone on to become one of the most influential treasurers in the profession.

How did you move into ‘treasury’ and what attracted you to that profession?

I came into treasury somewhat by chance. My career began on the dealing floor of a bank where I worked as a trader, although I started out as a tax lawyer. My second job, after two years, was as a Junior Treasurer in the Treasury Coordination Centre of Eridania Beghin-Say, an agro-industrial company based in Brussels. This happened by chance – and also by luck, I should now say, since a head-hunter convinced them that I would be suitable for the job. I give thanks to them every single day (the head-hunter and my boss at the time, to whom I send my good wishes if he reads this).