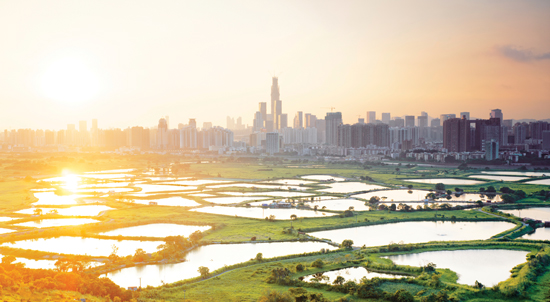 The past five years have witnessed enormous developments towards currency and fiscal liberalisation in China, with the RMB now the fifth largest global payments currency, and the second most popular currency for trade finance, (source: SWIFT). This reflects growing confidence in the use of RMB as a trade and investment currency amongst market participants, with an increasing range of opportunities for mobilising RMB, not only within China but across borders. In 2014, PBoC (People’s Bank of China) took a major step forward in encouraging corporations to invest in China and adopt RMB by permitting onshore RMB balances to be connected to cross-border cash pooling structures.

The RMB internationalisation programme first started in 2009 with the initial launch of the pilot cross-border trade settlement programme, and gradual progress towards currency liberalisation has been ongoing since then. A key milestone in this process was in September 2013, with the launch of the China (Shanghai) Pilot Free Trade Zone (SFTZ). The intention was to expedite regulatory and administrative transformation, stimulate trade and investment and gain experience of an open economy. The inclusion of ‘China’ and ‘Pilot in the title is important, reflecting that the free trade zone is intended to be an incubator for trialling new regulatory and administrative measures before expanding their scope more widely across China.

In February 2014, entities in the SFTZ were allowed the opportunity to include onshore RMB (CNY) balances in two-way cross-border cash pools for the first time with only limited conditions. Specifically, a registered entity in the SFTZ needs to act as the pool header, and only cash flows generated from operating activities (i.e., not borrowed funds) can be included. No approval is required, and flows within the cash pool are not subject to a quota. As a major step in the journey towards currency and fiscal liberalisation, it is perhaps surprising that the announcement was initially met with relatively little enthusiasm from the corporate community. There are a variety of reasons for this: