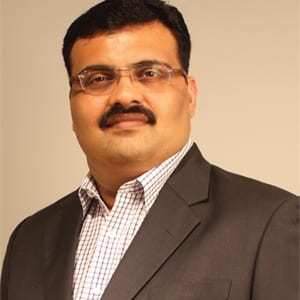 This month, Helen Sanders, Editor, talks to Harish C S Pai of Tourism Development & Investment Company (TDIC) who won the 2013 TMI Award for Innovation and Excellence in Technology, the first winner from the Middle East.

I come from a family background of banking, so as it was an industry I was familiar with, it was logical to join a subsidiary of a bank when I graduated in 1997. I originally started working with accounts payable, but when one of the treasury team left, I was asked whether I was interested in replacing him, so I decided to have a go! This was a very interesting new challenge for me, and in my later career, it has proved very useful to understand both the bank and corporate perspective.

How did your career progress to the role you hold now at TDIC?

My first corporate treasury experiences were in trade finance, bank account management and reconciliation. I joined TDIC in 2006 while the company was still in its infancy as one of the first members of the finance department. Nine months later, I was heading up treasury, but this was more of an accounts payable and cash management role at that stage. Over time, as the number of projects in which TDIC is involved has grown (to around 80 at any one time today), our cash and risk needs have become more complex and therefore our treasury management approach is now more sophisticated.