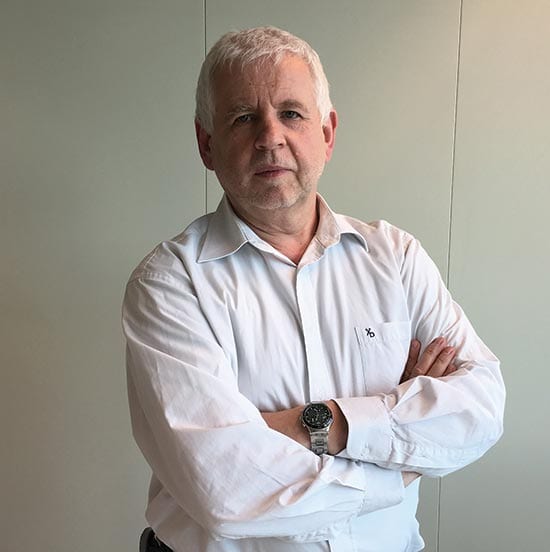 In this edition, Helen Sanders, Editor, talks to Patrick Verspecht who has enjoyed a long career at Dresser Industries, Halliburton and GE. After more than 35 years in the IT and treasury professions, Patrick talks about his career and emphasises the importance of retaining experience in treasury.

I have to say that my career is not a typical one. In short, I started as a computer operator and became the global treasurer for a €4bn business. Having originally planned to go into medicine, I left university after a year in 1978, qualified as a programmer and became a computer operator the following year at the EMEA headquarters of American multinational Dresser Industries Inc. During the 1980s, there was a big expansion in demand for IT resources, so I quickly became an analyst programmer, and, having gained a degree in IT through night school, by 1983, I was responsible for the suite of financial applications running on the mainframe. I worked in IT for Dresser for about 19 years, including a variety of positions in UK, France and Belgium, and working on internal projects in Italy, Holland and Germany. These roles involved spending time in both the corporate offices and at various manufacturing plants. These 19 years gave me an in-depth view of a multinational corporation, and as I mostly handled finance-related projects, I gained experience in accounting and finance, supplemented by three years of accounting courses at the Belgian Chamber of Accountants.

After nearly 20 years in IT, I was looking for a new challenge, and in the late 90s, I became UK Controller for the Valves division of Dresser, which had since been acquired by Halliburton. In 2001, Halliburton sold this division to private equity investors, and the ‘new’ Dresser was born, of which I was a part. One of my main tasks at that time was, in collaboration with the group treasurer, to be the primary contact for treasury in Europe.