Globalisation and consolidation are the bane of treasurers – but they are not the only threats.

The last few years have seen a globalisation of the economy, globalisation that has had the effect of rationalising activities and consolidating them, merging them together or displacing them. Even if the waves of mergers seem to have been becoming less frequent over the last few months, the obvious economic slowdown and the aftermath of the financial crisis, which is still having its effects, have caused a number of companies to rationalise their staff. The profession of treasurer would not seem to have been immune from this trend. But for all that, you may say that the work has never before been as difficult and diverse. Think of financial regulations and new tax rules, such as the consequences of BEPS, or further IFRS accounting standards which will all only increase treasurers’ workloads.

The workload has increased, but not the staff that has to perform it. Indeed, at the same time as the job has become more complex, we have seen greater productivity in the profession through developments in technology, computerised administration and advances in software which go a long way towards alleviating the day-to-day workload. The paradox of the treasurer’s job is therefore that a greater volume of more complex work has been offset more than proportionally by increased technological productivity. The upshot is that the job has expanded and become more diversified, but with fewer staff. The crisis in combination with technology has had this counter-intuitive and Machiavellian effect. At the end of the day, we unfortunate treasurers have had to adapt and modernise our tools to improve our performance to keep up. 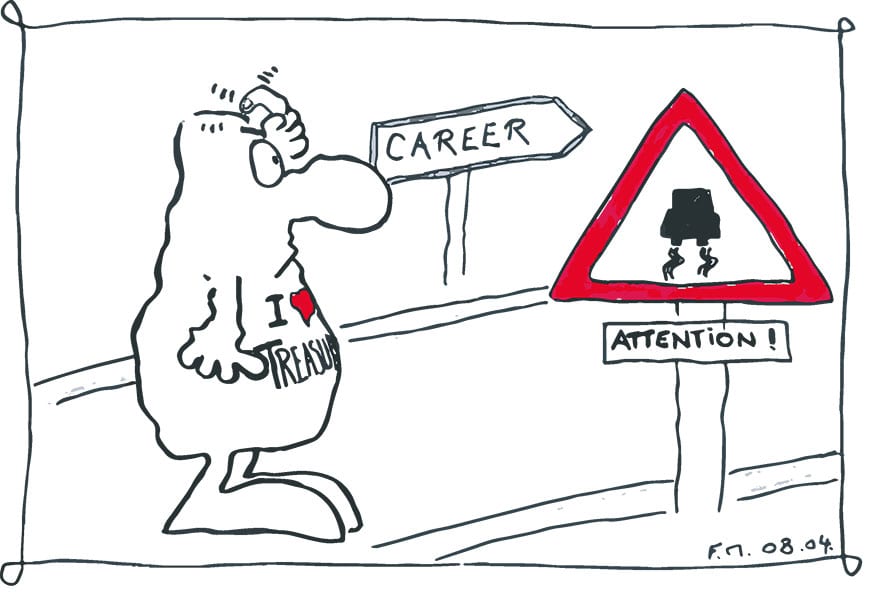