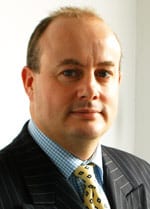 As the Regulatory Update from the Institutional Money Market Funds Association (IMMFA) in this supplement makes abundantly clear, progress on the regulation of these important funds has been slow and inconclusive during this year. The European Council made an initial proposal  two years ago and while the bulk of its suggestions were welcomed in the industry there were also some less welcome propositions which may still be reconsidered. Committee changes after the 2014 European elections brought about further delays and it is proving difficult for Luxembourg, which holds the presidency of the Council until the end of this year, to maintain the traditional stance of presidential neutrality in the matter as it plays such an important role  in the European MMF industry. The net result of all this dithering is that there is still much ground to be covered before any new Regulation can be formulated – and then implemented.

Despite all the indecision, however, there is much of interest happening within the industry. Susan Hindle Barone, who has recently stepped down from her position as Secretary General of the IMMFA, chaired a roundtable in September at which five leading investment managers joined TMI in a lively discussion of some of the issues faced by corporate investors today, and how they should prepare for the challenges of forthcoming banking and MMF reforms in an ongoing low interest rate environment. Panel members noted particularly that MMF regulation has proceeded much more swiftly in the US than in Europe, with the final date for implementation in the States now less than a year away.

There is still much ground to be covered before any new regulation can be formulated – and then implemented.