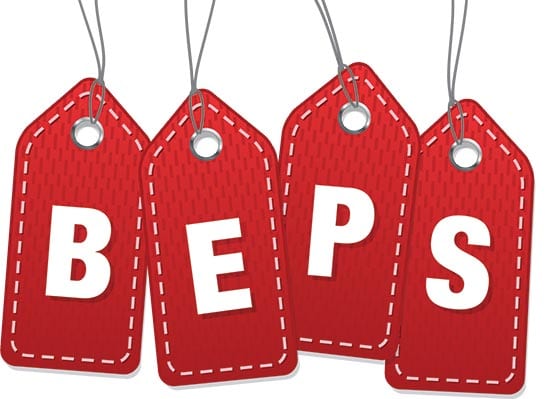 I find it astonishing that a subject as important as BEPS (base erosion and profit shifting) and the new transfer pricing rules has not caused much more of a stir in the world of treasury. It is as if BEPS did not exist. It is, however, essential to review transfer pricing strategies for treasury transactions to ensure we comply. Whether we like it or not, it is a reality that treasurers will have to live with, and they will need to adapt to become a profit centre.

The story is only just beginning

BEPS recently became a reality with the first European Directive adopted by the Commission on 12 April 2016. The rest will soon follow with transposition of most of the OECD’s actions. From a taxes point of view, the ‘Country by Country’ report seems to us to be of only minor interest. Conversely, the impending fiscal measures as a whole, in combination with each other, will create a real headache for tax managers. People are talking about a tax paradigm, of the revolution of the century and of total upheaval. The much sought-after fairness in tax will come at the price of unending difficulties. To point the finger at just one difficulty, we could start with the restriction on deducting interest (see BEPS action # 4). Interest will be deductible only if it is below 30% of EBITDA (with a de minimis threshold of €1m). This might create situations in which entities that are struggling or loss-making will no longer be able to deduct interest, and will therefore be even harder hit. We could also cite the ‘Exit Taxation’, the ‘switch-over clause’, the ‘General Anti-Abuse Rule’, hybrid mismatch (see BEPS action #2), the revision of the AEOI Directive (mandatory automatic exchange of information for taxes + disclosures), and finally and perhaps the worst, the wholesale extension of the German CFC (Controlled Foreign Company) rules (see BEPS action # 2). This last measure will, right from the outset, generate a whole raft of demands and attempts to tax anything that may not have been taxed.

Consistently meeting the ongoing compliance requirements of the new lease accounting standard, IFRS 16, is no mean feat. The...

Maximising the Benefits of Leasing for the Treasury Function

New lease accounting standards have shone a spotlight on Lease versus Buy decision-making, as well as the effective management...

Flying the Standard: Taking IFRS 16 Leases to the Next Level

The new lease accounting standard, IFRS 16, is now in effect. Many companies are still getting to grips with the changes to...

The Added Value of Centralised Cash Management under BEPS

What would be the correct price (i.e., the arm’s length transaction) of a cash transaction under BEPS (Base Erosion Profit...