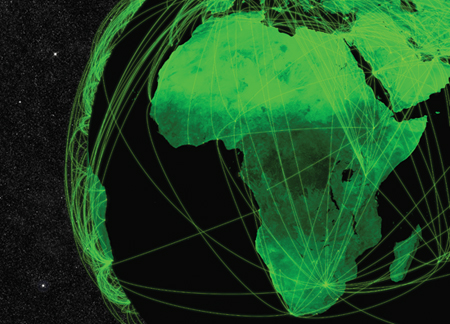 With strong annual growth rates of 5% or more, a wealth of natural resources, increasing urbanisation, expanding infrastructure and a proactive reform agenda in many countries, it is no surprise to treasurers that sub-Saharan Africa is becoming one of the most exciting regions for investment. To take full advantage of the growing opportunities offered throughout sub-Saharan Africa, corporations need a robust approach to cash and liquidity management. This can be challenging given the different levels of maturity in physical and financial infrastructure, and diversity in regulations, tax, payment practices and culture. Increasingly, however, these barriers are becoming more easily surmountable, particularly when working with a primary banking partner with the reach, depth of solutions and commitment to the digital agenda that is transforming the region.

While trade routes to and from Africa have traditionally followed colonial lines, this is changing rapidly, with increasing two-way trade between Africa (including West, East, Central and South sub-Saharan Africa) and Asia. For example, China has now become the biggest trading partner of countries such as Mali and Cameroon, followed by India and ASEAN countries such as Malaysia and Indonesia. In Central African Republic, while Belgium remains the biggest export partner, China was a close second in 2012 with strong growth since then. In Angola, nearly half of exports and a quarter of imports were with China, and in Tanzania, China and India were the biggest trading partners for both imports and exports.