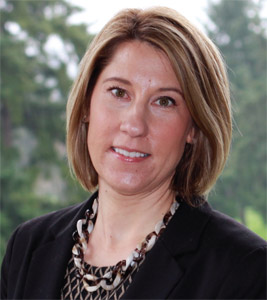 In this edition, we have diverted a little from our usual ‘My Life in Treasury’ series to feature Christina Easton, owner and managing director of consultancy practice elemenTEL with offices in Seattle, WA and Pune, India. In this interview with Helen Sanders, Editor, Christina outlines some of the elements of her career so far, and shares some of her experiences based on working in treasury in three continents.

After college, I spent nine years with a bank that was ultimately acquired by Bank of America in the mid-1990s. Initially, I started in banking, working as an online sales rep then branch manager and investment/insurance specialist in the retail bank, but once I had completed my MBA, I wanted to take on a more demanding role. Subsequently, I moved internally into technology sales, selling treasury management solutions to small and medium-sized enterprises in the metropolitan area of Seattle. I also spent three years with Bank of America working in the UK, where I was involved in cash management sales, covering US multinationals with subsidiaries in Europe, which gave me valuable insights into international corporate treasury, pain points, and solutions. These experiences whetted my appetite, but I wanted to gain more direct, hands-on experience of corporate treasury, and implement the solutions that I had previously been selling.

How has your career progressed since then?

My opportunity to progress my corporate treasury ambitions came in the form of an offer from a client, Cisco Systems, where I became a programme (project) manager, based in Silicon Valley. This was the ideal appointment for me at that time as the role was senior enough to make decisions and take responsibility, whilst also providing the hands-on experience I was looking for. I would definitely recommend this to bankers that are seeking to transition to the corporate world, as it becomes more difficult to switch between bank and corporate later in one’s career. During my time in the role, we won the Alexander Hamilton Award for the project for which I was responsible, which was an important personal validation of the move I had made. Shortly thereafter, I was promoted to Global Cash Manager. After the birth of my first child, and taking some time off, I realised it was important for me to go back to work as I really value my career and wanted to continue to contribute financially to the family. I joined Microsoft in the summer of 2005 as Global Payments Manager in Treasury, where I worked with the various business groups to help monetise their online product offerings.

Treasury ’22: Getting Ready to Reboot for ’23 and Beyond

Do No Significant Harm

Aimee Cullen (CarTrwaler) is on a mission, she is leading an initiative to raise awareness about the world of treasury.

For Valentin Popescu (OMV Petron) the rise through the ranks of one of Romania’s largest corporates has presented plenty of opportunities to learn and grow.

As the European Association of Corporate Treasurers (EACT) celebrates its 20th anniversary during 2022, it is an appropriate moment to reflect upon its journey from being a group of professionals largely concerned with...