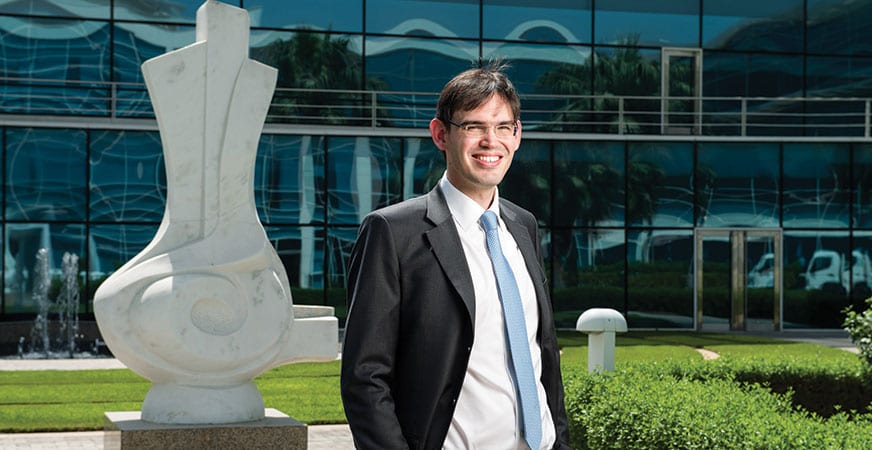 We welcomed James Adams to TMI most recently in editions 244 and 245 having participated in the very well-received roundtable discussions in Dubai that TMI conducted in association with D+H. In this edition, James, who is a very active member of the Association of Corporate Treasurers (ACT) including the Middle East Committee, describes some of his experiences in treasury so far, and offers advice to finance professionals who are new to the profession.

I started my career in the UK as part of the finance graduate scheme at Tesco plc, during which time I completed the CIMA (Chartered Institute of Management Accountants) qualification. While completing this, I became aware of treasury and was attracted to the variety and depth of activities in which treasurers are engaged. As a CIMA-qualified professional, I was able to fast-track to the AMCT (ACT associate membership qualification) by completing just the specialist treasury papers, and I decided to take advantage of this opportunity. During this time, a role opened up in treasury at Tesco and I never looked back.

I spent nine years at Tesco in several different finance and treasury roles, culminating in a treasury management system project and overseas secondment to the Korean business. I then had the opportunity to move to Deloitte to join the treasury advisory group. Although I had developed significant depth of experience at Tesco, the advisory role enabled me to expand my breadth of experience, and I worked with a wide variety of different organisations with diverse strategic and operational challenges. While at Deloitte, I worked on a project in the Middle East to set up a new treasury function, which then needed someone to head it up, which is how I came to join Chalhoub Group. It’s very rare to be able to get to know a business before joining, so I came in with my eyes open and a great deal of background knowledge. I have now been at Chalhoub for three years, during which time I’ve settled in Dubai, completed the MCT (ACT member qualification) and received the FCT designation (ACT Fellowship).

My Life in Treasury: Andrea Sottoriva Group Treasurer and Finance Director, SITA Some career paths appear random while others...

The Thrill of the New

My Life in Treasury: Patrick Kunz Patrick Kunz is an interim treasury and finance consultant. With experience in abundance to share with his clients, he understands that...