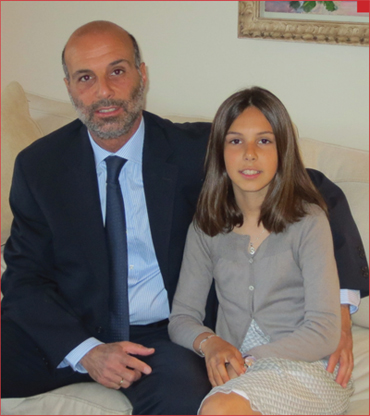 Luis with his daughter Sofia

This month, Helen Sanders, Editor, talks to Luis Montesinos Ballesteros, Director of Treasury & Tax at Campofrio Food Group, about his career in treasury and his personal and professional values and insights.

Although I have spent virtually my whole career in corporate treasury, I spent four years in banking. Initially, I worked for Crédit Commercial de France, which was later acquired by HSBC, two years in Madrid while finalising my university degree and then two more years in London after graduating. I then decided to take an MBA, which prompted my decision to pursue a career in finance. My first degree was in law which, together with an MBA, has proved a very useful background to a career in treasury given the range of contracts in which treasury is involved.