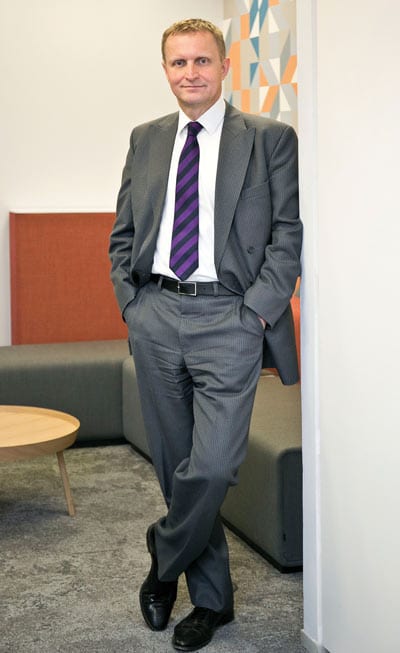 Christof Nelischer, Global Group Treasurer of Willis Towers Watson, is well-known to many readers following an illustrious and varied treasury career both in Germany and the UK. In this feature, Christof shares some of his experiences so far with Helen Sanders, Editor.

I joined treasury really by chance when I left university in 1991/2. I came across a position in a relatively small corporate treasury function at Heraeus in Germany where the treasurer was looking for a ‘right hand man’. Although I hadn’t really considered treasury before, I enjoyed the role and it marked the start of my career in treasury.

I spent around four and a half years developing well-rounded treasury experience across risk management, cash management, capital raising, trade finance etc. at Heraeus but I realised that I had reached the end of my learning curve with the company. I therefore made the decision to move to Kellogg’s where I became European treasurer. Although the role was a new, regional treasury function, it was an opportunity to develop a broad and diverse role combining both operational and strategic responsibilities, including cash and banking, treasury technology etc. However, there was no real opportunity for career progression after three and a half years, so I moved to a treasurer role at Novar plc in the UK, where I reported to the director of tax and treasury. This position had a broad scope, including strategic risk management, senior management reporting, board advisory as well as capital raising at a group level. Novar was acquired by Honeywell in 2005, and treasury was absorbed by Honeywell, so I managed the wind-up of Novar’s treasury function and the transition to Honeywell.