In addition to the formal plenary sessions and workshops, the Cash Management University launched its ‘open stage’ in 2016 in which participants could present, engage with, and debate the issues that they were dealing with in their organisations. One of these open stage sessions featured Michel Verholen, Director of Zoetis’ Global Treasury Centre, who described how treasury had supported and reinvented itself as a result of the company’s spin-off from Pfizer. Vincent Roskam, Key accounts manager for cash management in EMEA for BNP Paribas also added his comments. 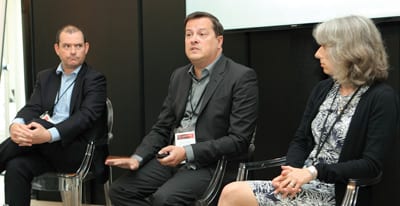