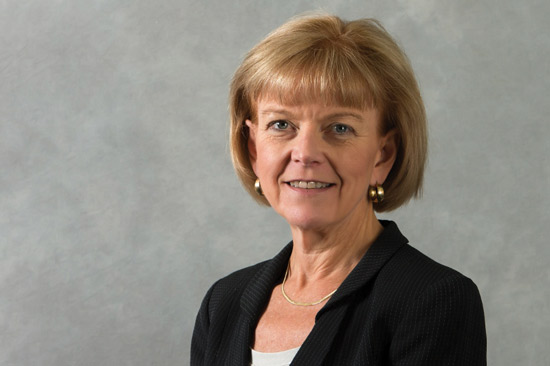 In this edition it’s a great pleasure to welcome back our friend Carole Berndt, who until recently worked for ANZ as Head of Global Transaction Banking. In this feature, Helen Sanders, Editor, talks to Carole about some of her impressions.

What attracted you to ANZ originally?

If you’d told me eighteen months ago that within a year, I would be back in Asia, and heading up transaction banking at ANZ, I would have been very surprised. On further reflection however, I had been very aware of the changes taking place in transaction banking for some time, and when I was approached by ANZ, I was quickly able to crystallise some of the thoughts and ideas I had had, and recognised what a marvellous opportunity it is.

How would you characterise these changes, and what does it mean for banks’ strategic positioning?

Transaction banking became fashionable subsequent to the global financial crisis, and many banks redirected resources from investment banking to corporate banking, including transaction banking. By 2012 – 3, regions such as Europe had become overbanked, exacerbated by the harmonisation of payment and collection instruments across the Single Euro Payments Area (SEPA). This was untenable given that transaction banking relies on economies of scale to be profitable. The growing regulatory burden, both in-country and at a regional and global level, such as Basel III, was also increasing the cost and complexity of doing business and setting the stage for change.

A New Treasury Ecosystem: Leveraging the Evolution of Transaction Banking

Treasury is not an island; it is influenced and supported by the ecosystem that...

From simple errors to duplicates, fraud, and sanctions violations, there are several areas where payments can go wrong –...

The Future of Cash Investing: A Candid Treasury Perspective

A Tale of Two Treasuries

A Guide to Successful M&As Mergers and acquisitions are never guaranteed success at any stage of the process. For their part, treasurers will typically face the...