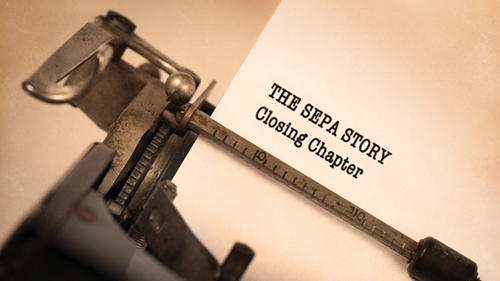 From the launch of SEPA Credit Transfers in 2008, to the final end date in February 2014 – and the ‘final final’ end date six months later, the intervening six years marked a period that heralded great opportunity, but was often troubled by inertia and contradiction. A year later, what stage have treasurers reached in achieving the benefits that SEPA promises?

Although extended migration periods were required in many European countries to support the inevitable flurry of last minute adoption, banks, corporations and public sector organisations have now completed their migration to SEPA Credit Transfers (SCT) and SEPA Direct Debits (SDD), with new instruments, processes and formats now largely bedded down. The benefits of a harmonised euro payments area have been documented extensively: centralise cash management, payments and collections; rationalise banking partners and accounts, and standardise connectivity and integration. However, while a number of companies used their SEPA migration project as an opportunity to centralise, standardise and increase efficiency in cash management, a larger group of organisations approached SEPA from a compliance perspective. As Natalie Willems-Rosman, Head of Payables & Receivables, EMEA, Bank of America Merrill Lynch says,

“The focus of many companies’ SEPA migration projects was compliance, and many adopted a ‘lift and shift’ strategy: effectively transferring existing processes and formats to meet the new requirements. With the compliance deadline now passed, they are able to leverage this investment and look at the opportunities that SEPA presents.”