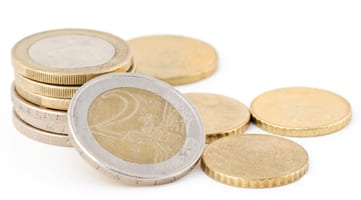 Now that the SEPA end date has passed, and the additional transition periods that were allowed in some countries have come to an end, many treasurers are now reflecting on their migration experience and looking ahead with the question ‘what next’? The introduction of standardised payment and collection instruments, based on common formats, is a major step forward in pan-European payments harmonisation. However, with considerable changes in technology and payments culture since the SEPA instruments were first conceived, the issue now is how to move forward quickly in optimising the new European payments and collections landscape.

One of the most challenging elements of SEPA has been the introduction and migration to SEPA Direct Debits (SDD). There are a variety of reasons for this. The instrument definition and formats were not confirmed until November 2011, giving relatively little time for migration. As SDD replaced a variety of quite different direct debit instruments, the result was a compromise that was often less attractive than the legacy instruments it replaced. Finally, technology and payments culture evolved significantly between the original conception of SDD and its final delivery, so expectations on issues such as eMandates have changed.

A collaborative approach at Arkadin

As speakers in the “SEPA: What’s up? What’s next?” workshop emphasised, however, leading users of SDD have not allowed these challenges to become barriers to a successful migration project. Arkadin is one of the world’s fastest growing collaboration service providers, offering a complete range of integrated audio, web, video and unified communications solutions across 32 countries globally. Tarik Momni, Head of Internal Audit and Project Finance, described how the organisation has more than 1,000 customers paying by direct debit, with over two million direct debit collections each year. Direct debits are used in five countries today, with two more to follow shortly. It was therefore essential that the migration to SDD was conducted without interruption to cash flow or inconvenience for customers. Arkadin recognised that SEPA migration was an opportunity to implement a new collection strategy and organisation, specifically centralising SDD collections into a European collections shared service centre (SSC) in France.