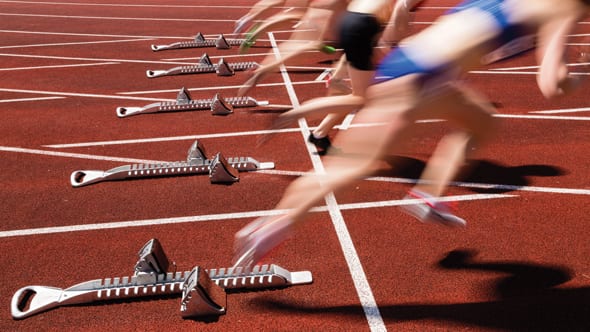 As if the Olympics in 2012 were not enough, the UK is now experiencing the balmy joys of the Commonwealth Games in Glasgow. But with a lot more tartan. Major sporting events, of which there have been a surfeit recently, always encourage one to consider the commitment, grinding effort and ultimate achievement of the athletes. But with the end of the transition period for SEPA migration now over (as of 1 August 2014, unless there is news to the contrary between the time of writing this and its publication) haven’t treasurers and transaction bankers themselves come to the end of a long and often painful regulatory, planning, technical and negotiation race? Congratulations! Success? Well, despite the fanfares that have accompanied most communications on SEPA over the past 12 years (yes, 12 years) the reality is rather different from what was originally intended. Has SEPA been a failure? No, probably not, but it has not (yet) been an unmitigated success either. What has become increasingly clear over the past couple of years is that rather than an end point, the SEPA migration deadline is really the beginning and many of the potential achievements of a harmonised payments landscape are still to come.

One of the biggest concerns since the 2008 SEPA Credit Transfer (SCT) and 2011 SEPA Direct Debit (SDD) launch dates was that migration was far slower than the European Payments Council (EPC) and others had hoped. What therefore started as an initiative that was intended to be market-driven ultimately had to be enforced. Even then, migration was very sluggish in many countries right up until the February 2014 deadline and indeed beyond. This was particularly the case amongst organisations that operate domestically as there was little advantage to migrating, and the new instruments were often considered less sophisticated or efficient than those they replaced. Multinational organisations had more of a reason to migrate. Firstly, cross-border payments are now cheaper as they are treated as domestic payments and charged accordingly. Secondly, SEPA offered the potential to standardise and centralise cash management, payments and collections, and simplify bank account structures across the Eurozone. Furthermore, by leveraging a common, XML-based format, many of these benefits could also be extended beyond SEPA to other regions. Vanessa Manning, Head of EMEA Payments & Cash, RBS says,

“Our multinational customers had typically already migrated to SEPA payment instruments in time for the 1 February 2014 deadline, so the additional transition period just allowed some extra leeway for testing and process refinement.”