Interest in investing in Africa continues to grow, and although the story has been told many times over, it is always worth mentioning why Africa is an attractive investment environment for companies across the world. In RMB’s 2012/2013 edition of “Where to Invest in Africa”, it is noted that: 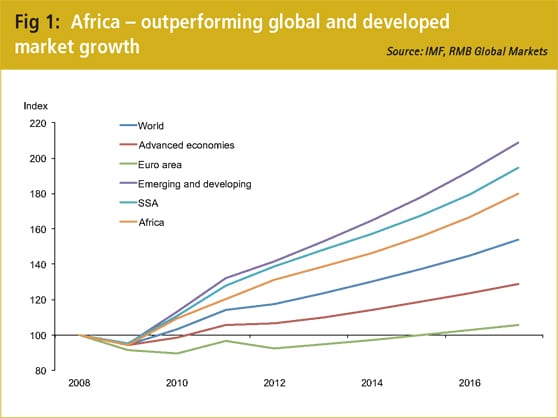 The operating environment in most African countries remains well below par, with access to financing topping the list in terms of the most problematic factors for doing business on the continent. The other factors making up the top five are: corruption, inadequate infrastructure, government bureaucracy and political instability. On the whole, Africa has struggled to improve its overall operating environment despite consistent growth in GDP and economic market size between 1995 and 2012.