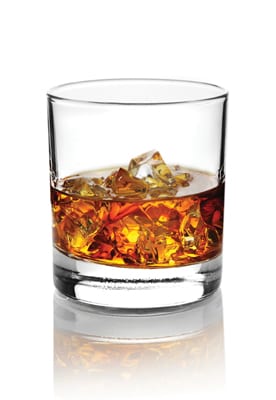 Brown-Forman has experienced dramatic expansion in recent years, fuelled by the growing domestic and international popularity of brands such as Jack Daniel’s, Southern Comfort, and Finlandia Vodka, to name a few. For example, in 2002, around 23% of our revenues were generated outside of the United States. Today, this figure is around 58%, with growing market share in both Europe and other parts of the world, particularly Mexico, Australia and Turkey. We have embarked on an ambitious strategy to continue expanding both the Jack Daniel’s family of brands and the rest of our portfolio internationally, as well as consolidating our market leadership position in the United States. To successfully achieve these objectives, we have identified a number of both developed markets, such as the United Kingdom, Australia, Germany, France and Spain, and emerging economies such as Poland, Mexico, Russia, China, Brazil and India as target growth regions for the future. To facilitate this continued expansion, and avoid the negative impact of increased exposure to foreign currency volatility, we needed to put in place an efficient and robust forecasting and FX hedging process.

Over recent years, we have evolved our forecasting process to enable greater visibility over exposures. We implemented the final component of SAP’s Corporate Finance Module (our treasury workstation) in 2004, which has helped enormously in bringing together FX exposures from across the group, based on budget information input by business units. Although we have grown through both M&A and organic expansion, we have maintained a highly centralised infrastructure, including a single instance of SAP globally, which ensures the completeness and consistency of forecast information. Furthermore, we are able to record transactions and perform hedge accounting in SAP, which provides a highly integrated process and takes away much of the manual effort that would otherwise be required. In addition, we continue to assume hedge effectiveness via ’critical terms match’ provision for hedge accounting as opposed to performing hedge effectiveness testing, although this capability exists in SAP.