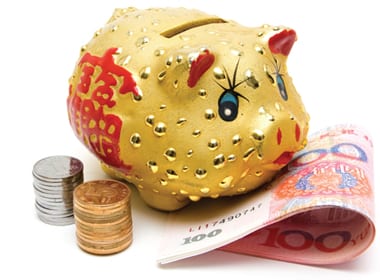 Domestic firms and multinational companies operating in China have accumulated record levels of cash, despite the rate of economic expansion slowing in the world’s second-largest economy. The growth in cash and cash equivalents held by companies has been faster in Asia than in other regions, with levels peaking in China [1]. For renminbi cash investors, the opportunity set has, in the past, been largely confined to bank deposits. However, the Chinese money market fund industry is proving an increasingly attractive alternative.

The trend towards growing cash reserves is unlikely to reverse anytime soon. Although few expect the Chinese economy to return to the double-digit growth rates observed during the last decade, growth rates are likely to settle down to more constant and sustainable levels. With liquidity and efficient cash management concerns at the fore, corporate treasurers face the important decision of how best to achieve the level of security and liquidity they need for cash, while also focusing on yield optimisation.

The options for domestic companies and multinationals with operations in China that have accumulated significant renminbi-denominated reserves, and are looking at ways to generate a return from their cash, have traditionally been limited to bank deposits. The terms for most domestic bank deposits have been set by the People’s Bank of China, forcing companies to accept yields that are lower than market rates.