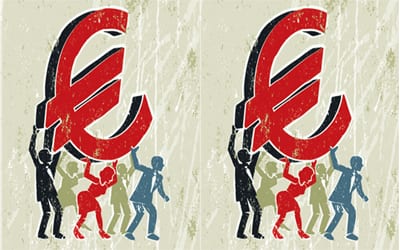 Just over a year ago (TMI edition 218) we published an interview with Markus Straussfeld, Head of Cash Management International Sales, UniCredit Bank AG, who discussed the challenges and opportunities of SEPA with only eight months to go before the February 2014 end date. At that time, adoption rates still varied considerably between financial participants and European markets. Since then, a great deal has happened. While the February 2014 end date has been enforced in some countries, other countries, such as Germany, have allowed an additional transition period of varying lengths, the latest of which is 1 August 2014. With SEPA finally a reality, we talk to Markus once again about treasurers’ priorities in a post-migration European payments landscape.

With the additional transition periods now passed, how would you characterise the current status of SEPA adoption?

Despite the additional transition periods that were allowed in some countries, most of our customers met the original February 2014 deadline. In some cases, however, such as in Italy, the transition period was a welcome addition to ensure compliance. The focus now is to achieve the same degree of process efficiency and automation as organisations were achieving before SEPA, such as improving straight-through processing (STP). This is work in progress for many companies, particularly as variations on the CGI XML standard impede genuine harmonisation. Even so, treasurers and finance managers are keen to leverage the benefits of standardisation wherever possible rather than treating migration simply as an IT project. For example, the opportunity for centralisation of cash management, payments and potentially collections by using common instruments is an important benefit of SEPA. Treasurers and finance managers are increasingly aiming to take advantage of this opportunity, either through physical centralisation of activities into a single location, but also through consistent channels, processes and reporting.