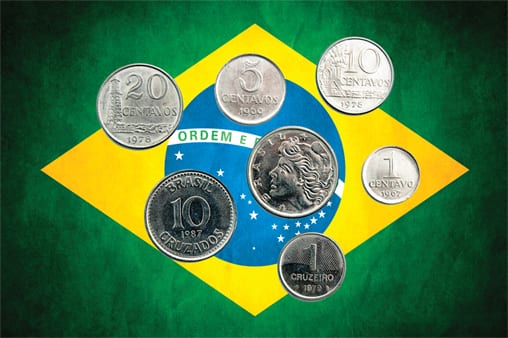 Brazil, along with Russia, India and China, is part of the BRIC quartet of leading emerging market countries that is increasingly driving global growth. While Brazil has not matched the stellar expansion of China and India, its economic progress over the past decade is steady, impressive and ongoing: 2.9% growth is anticipated this year. [1] Moreover, Brazil’s resilience during the financial crisis confirmed the extent to which the country, now the world’s seventh largest economy, has advanced. Brazil’s growth has been driven by a number of factors including historically high commodity prices. However, a large part of the country’s success is attributable to its economic and financial reforms, which have produced healthy public finances — Brazil currently has one of the lowest fiscal deficits in the G20 and sizeable FX reserves. Private sector balance sheets are also in good shape. Meanwhile, efforts to create a deeper and more sophisticated capital market have been successful and have helped to broaden companies’ access to finance.

Brazil’s emergence as a leading global country — typified by its hosting of the 2014 World Cup and the 2016 Olympics — is prompting increased interest among multinational companies. Brazil’s expanding middle class, large and growing domestic market (the eighth largest in the world) and vast untapped natural resources make it an attractive investment destination: Brazil is the fourth largest recipient of foreign investment globally. Importantly, government policies and regulatory frameworks are supportive of international investment. 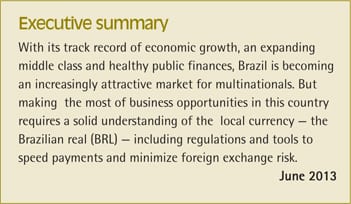