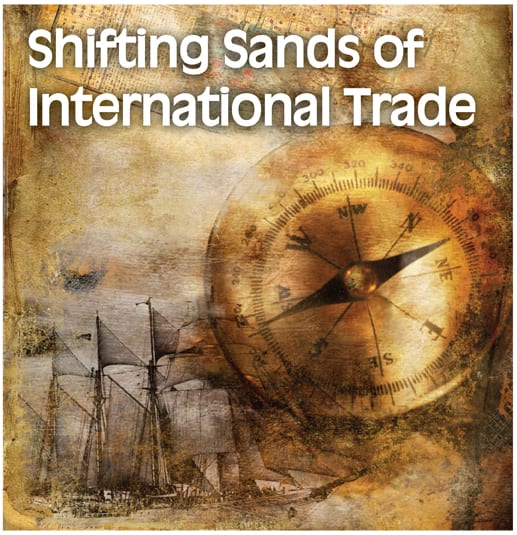 One topic we have been exploring recently in TMI is the shift in trading routes between western economies to north-south trade and latterly south-south trade i.e., trade across countries in Asia, Latin America and Africa. As is commonly discussed, growth in China and other ‘emerging’ economies, the more extensive effects of the global financial crisis on western economies, and ongoing volatility in the Eurozone have all contributed to this shift. However, it is not only companies headquartered in southern economies that are benefiting from changing trade patterns. Instead, the distinction between North American and European multinationals and those headquartered in Asia or Latin America is becoming more blurred, and all companies should be leveraging these opportunities.

“Nothing new under the sun”

International trade patterns are in a constant state of flux as companies seek new opportunities for growth. After all, if you’d told a Chinese trader in 100BC that 2,100 years later, there would be significant trade between Asia and Europe, he or she would have nodded sagely and said something like, “Much like today, you mean”. Now, once again, south-south trade routes are strengthening, driven by multinational corporations headquartered in every part of the world. Shivkumar Seerapu, Regional Product Head, Trade & Supply Chain, Asia, Deutsche Bank discusses,

“A clear trend that started before the global financial crisis, but has been accelerated as a result, was a shift in trade to Asia and for Asian corporations to expand into other regions. Multinational corporations headquartered in all regions continue to look beyond their home markets for growth opportunities, particularly in emerging markets as stagnation continues in many western economies.”