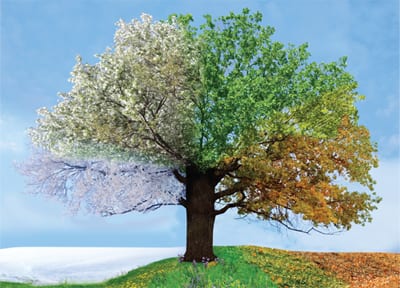 In August 2014, the Securities and Exchange Commission (SEC) in the United States adopted reforms to Rule 2a7 funds (US money market funds – MMFs) with the aim of reducing systemic risk. Inevitably, these changes have been met with a mixed response, not least due to the uncertainty that will undoubtedly continue until full adoption of the reforms in 2016. In reality, however, are these reforms likely to mark the end of the MMF era, or conversely, given the other market and regulatory changes that are taking place in parallel, are we on the brink of a new phase in the growth of MMFs? As Jim Fuell, J.P.Morgan Asset Management highlights,

“We see two key trends in corporate investment appetite: firstly, the impact of regulation, not only MMF regulation, but wider changes such as Basel III, which in fact creates a tailwind for MMFs; secondly, prolonged low interest rates, particularly in Europe. While companies will not risk assets to avoid negative yield, the convergence of these two issues is prompting treasurers to review their investment policy and consider alternative investments.”

Regulatory impact on Rule 2a7 funds

The changes to US MMF regulation impacts on investors in a variety of ways, although these will take effect over the next eighteen months to two years (until October 2016). One of the ‘headline’ changes is the shift from constant net asset value (NAV) to variable NAV. This mandatory shift from constant to variable NAV applies specifically to institutional, non-government MMFs i.e. retail MMFs and government funds are excluded from this requirement. This has valuation, accounting, and operational implications for fund managers, as well as investors. More immediately (i.e., by February 2016) 2a7 funds can no longer be awarded credit ratings from the independent rating agencies. (The removal of external credit ratings from prime money market funds was not included in the final legislation.) The AAA credit rating that MMFs boast is often a major criterion for corporate investors, so many will need to revise their investment policy accordingly to allow for investment in unrated funds, or seek other highly rated investment options. Nick Jones, Head of Sales, Liquidity, EMEA, HSBC Asset Management emphasises,