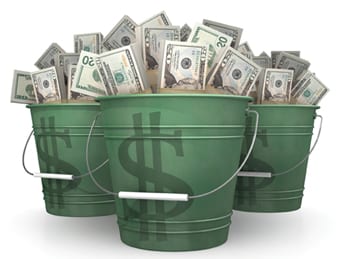 Companies all around the world are awash with cash. According to the US Federal Reserve, American corporations held a record $2.05tr in cash as of mid-2011 [1]. At the end of last year Bloomberg reported that European companies held almost $700bn in cash [2], which is 16% higher than at the end of 2007 when the financial crisis first emerged. At the same time, a report from UBS said that some European companies have cash on their books roughly equal to 5% or more of their total assets [3]. Regardless of industry or region, corporations cannot be sanguine about these cash mountains; cash is an asset that needs to be rigorously tracked and risk-managed.

Although the current amounts of cash present numerous opportunities for corporations, there are also significant issues to consider. While it may seem counterintuitive that a company can suffer from being flush with cash, the risks that such excess poses are often overlooked. Excess cash can actually increase risk, offsetting the ostensible benefits of accumulating cash in the first place.

For companies with large cash balances the main issues that need to be addressed include:

Without question, the Covid-19 pandemic has strengthened the business case for digitisation and dramatically increased the pace of digital adoption. Treasury 4.0 technologies, such as data analytics and application programming interfaces, will be key to building...