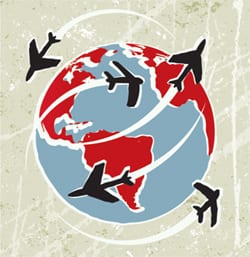 Doing business internationally is an imperative for companies of all sizes, fuelled by economic growth and emerging consumer population in regions such as Asia, and opportunities that e-Commerce offers for sales and sourcing worldwide. For a European company accustomed to the relative ease of doing business in its home markets, expanding into new territories, particularly in a region as diverse as Asia, can be an intimidating experience. Similarly, for an Asian company, expanding into Europe is equally challenging, with diverse market practices, regulations and business culture. To bridge these gaps, UniCredit has extended its successful European franchise into Asia, offering European and Asian customers alike a consistent experience in every country in which the bank operates.

Asia remains a growth engine for the world, largely driven by China, which is predicted to become the world’s biggest economy within 2014, far earlier than previous projections. As China’s economy matures, it becomes more inclined towards cyclical growth adjustments, which we have seen recently, but this should not be allowed to obscure the fact that growth rates continue to be strong.

Doing business in Asia is not without its challenges. Varying degrees of financial and market maturity, regulatory constraints, and political instability in some areas means that treasurers are typically faced with greater complexity than in Europe or North America. However, foreign direct investment (FDI) into China in particular, and continuing growth in consumption levels, suggest that economic decline in the region is highly unlikely. Strengthening domestic markets are contributing to longer-term stability; for example, while China was considered the factory for the world in the past, production is now targeted at the domestic consumer market just as much, if not more so, than for export. The automotive industry is a good example, with the number of cars in China growing at around 65,000 per day. When comparing this figure to global annual sales of major car producers of say, 1 to 2 million vehicles each year, it becomes clear that China is pivotal to growth.