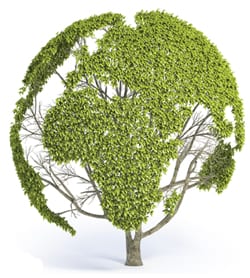 In February 2011, Citigroup’s Chief Economist, Willem H. Buiter and Ebrahim Rahbari published a ground-breaking report that argued that the ‘BRIC’ countries, and subsequent groupings of emerging economies had become obsolete. Instead, they aimed to identify the generators of global growth (known as ‘3Gs’) and profitable investment opportunities for the next 40 years, with globalisation as a key catalyst for change.

Globalisation, a trend that the authors identify as starting in the 1950s,

“was driven by technology (improvements in information, communication and transportation technology) and by the deliberate removal of man-made obstacles to cross-border movements of goods, services, capital, people, business and ideas. Globalisation went hand-in-hand with the adoption of some form of market economy in many countries where markets had hitherto been suppressed, supplanted with various forms of central planning, or over-regulated.”