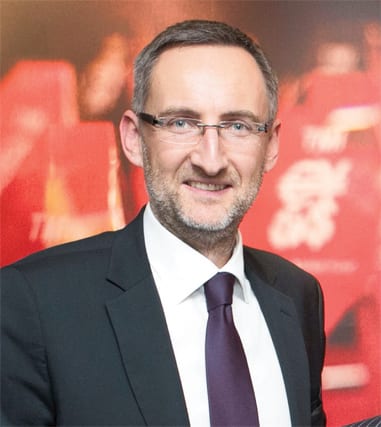 This month, Helen Sanders, Editor, talks to Alexis Wattinne, Director of Finance and Treasury at Bonduelle, a French family-run company that is the world leader in prepared vegetables, operating in over 100 countries, about his career and experiences in treasury.

I started my finance career as a trainee whilst at university, and although I knew I wanted to develop my financial experience, I had not identified a specific direction that I would take at that stage. For a new graduate, the opportunities that treasury offers are not necessarily clear beyond those of a general finance career. When I was considering my first job after graduation in 1994, I decided to qualify as an accountant, as I realised the importance of establishing the basics before pursuing a career in finance. I started working at Leroy Merlin (part of Adeo Group), a large family-owned home improvement company in France and it was here that I first came across treasury, and ultimately became treasurer for four years. When I joined, currency risk was a major issue, and helped to take the company through its Euro migration path.

How did your career progress to the role you hold now at Bonduelle?

By 2002, I had a well-established career at Leroy Merlin, but there was little upward mobility by that stage in my career, so from 2002-2007, I expanded my experience by working for a bank, again in treasury. The contrast between a corporate treasury and bank treasury was considerable, not least as the activities were quite different. For example, not only was treasury responsible for short term cash and FX, but I was also responsible for proprietary trading in instruments such as bonds, asset-backed securities and asset and liability management for the bank.