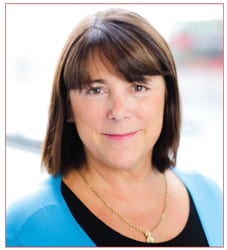 This month, Patricia Greenfield, Head of Treasury Operations at AstraZeneca plc talks to Helen Sanders, Editor, and shares her experiences derived from a treasury career that has extended over forty years.

Tell us about your current role at AstraZeneca

Our group treasurer role is currently split between two positions: Keith Darlington, who heads up treasury strategy, such as funding, capital markets etc. and myself, as head of treasury operations. I look after issues such as cash concentration, FX, investment, intercompany funding and act as the main business partner for bank-related issues.

What was your first treasury role and what attracted you to treasury?

I joined Unilever in 1974 in a junior position, as part of my training in general finance and administration. At that time, the concept of a treasury function had not yet evolved. The department I worked for was a back-office function responsible for cash, banking and FX, in which I was involved in activities such as bank account reconciliation. I found this environment very motivating, as unlike most office roles that were generally task-based, I was gaining exposure to far wider horizons. Within a few months, I had been promoted and invited to join the Cash & Banking team, which was effectively a dealing room. This was quite an intriguing place in which to work, as few people knew what we did! In addition to my cash and banking role, I became involved in an FX project, and so gradually developed my role and expertise in what would now be termed treasury.