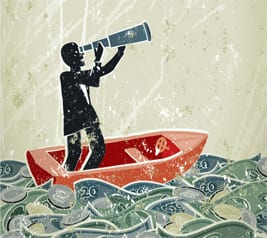 Barriers to trade are falling worldwide – most notably in China, where the RMB is becoming widely used among exporters for the first time. Also the regulatory context has deeply changed and a new raft of regulations has come into place after the 2008 banking crisis, mainly focusing on liquidity coverage ratios as well as on the enhancement of RWA requirements. Together, this increasingly globalised and regulated market environment has generated both new challenges and opportunities for global banks such as UniCredit and their corporate clients.

With the rise of many emerging markets – especially in Asia – how are corporates and banks responding to the changing payments landscape?

Most significantly, payments to emerging markets are increasingly in local currencies – 18% of external Chinese trade was settled in RMB last year, which is an astonishing leap from the 2% RMB utilisation in 2010. This trend is also evident in other currencies, such as the Thai Baht, which is generating revolutionary changes in the payments landscape.

Corporates will generally look to their local relationship banks to make payments in foreign currencies, although these smaller banks would probably revert to us and rely on “nostro” accounts for the execution of such payments. This duplication of activities would certainly increase the overall cost of the transaction. Meanwhile, some leading global banks are generating combined offerings. For instance, an online client-instructed interface that can generate simultaneous payment and currency conversion instructions is a great benefit to their clients.