Head of Payments and Cash Management C&EE, US & UK, ING, 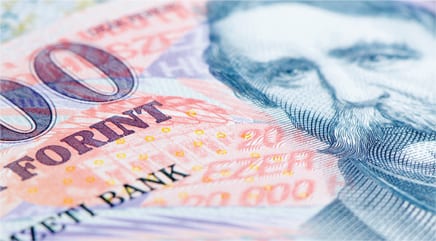 by Andre Rijs, Head of Payments and Cash Management C&EE, US and UK, Rob Ruhl, Head of Business Economics at ING and Ron Kors, Executive Vice-President at Bank Mendes Gans

Like other parts of Europe, Central & Eastern Europe (CEE) has suffered volatility and an economic downturn during the global financial crisis and subsequent Eurozone crisis. CEE is proving resilient and flexible in its ability to diversify its reliance on the Eurozone, and create a favourable environment for growth. Consequently, the prospects for CEE are very positive, and forward-looking corporations will be considering how best to leverage the opportunities that the region presents. ING is actively engaged and committed to promoting efficient and effective banking solutions in CEE, and facilitating the region’s growth potential.

Many CEE countries depend heavily on Western Europe for exports, and in most cases, CEE economies were similarly affected by the global financial crisis and Eurozone crisis. Hungary, Bulgaria, Romania, Czech Republic and Poland have seen the most significant impact. However, the downturn has been relatively brief. Governments in the region have been diversifying their trading partners, creating more favourable investment conditions, and implementing economic stimulus measures to fuel growth. Currencies are also performing well. These factors are contributing to CEE becoming more resilient to the ongoing Eurozone crisis than countries at the eye of the storm, creating new opportunities. Consequently, we are now seeing that many parts of CEE, particularly countries such as Poland and Turkey, are now in a favourable position economically. Turkey, for example, witnessed growth averaging 6% between 2001 and 2008 and quickly rebounded following the global financial crisis. It has taken time for the markets to be convinced of Turkey’s financial stability and resilience, but its credit rating upgrade to investment grade in November 2012 is helping to provide reassurance.

Prompted by the ongoing Eurozone crisis, many companies are looking to diversify their risk, revenue streams and cost base, and  CEE offers considerable opportunities. According to a recent ING survey, 70% of customers expect to see growth in CEE and are therefore expanding their activities in the region. This view is supported by recent and projected GDP growth rates shown in figure 1.