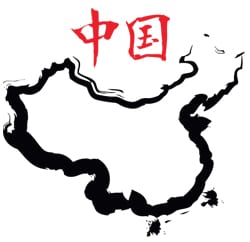 There can be few multinational corporations today for which developing their business in China is not a major priority. Many have now reached a ‘tipping point’ where their business in emerging markets, (a term which somewhat inexplicably still includes China) now represents 50% or more of their business, with China typically the largest growth market. While there may be talk of a slowdown in growth rates in China, growth remains far stronger than many other regions, and its market potential in the longer term is undiminished. From a treasurer’s perspective, few countries create the same challenges as China, not least due to the complexities of a highly regulated market and the number of regulatory announcements, coupled with rapid growth in China that many companies have experienced. This article explores some of the recent regulatory reforms from People’s Bank of China (PBoC) and State Administration of Foreign Exchange (SAFE) and suggests some of the cash and treasury management opportunities that these reforms present. As Kee Joo Wong, HSBC summarises,

“The past one or two years reflect a historic period of financial reform. Most recently, we have seen opportunities emerge for foreign currency cross-border pooling, netting, centralised payment pilots and RMB cross-border lending and trade settlement regulatory simplification schemes being rolled out across China.”

The importance of pilot programmes

Regulators in China continue to take a measured approach to liberalisation, with the concept of pilot programmes as a mechanism to introduce regulatory reforms now well-established. PBoC and SAFE work with a limited number of banks and their customers to test regulatory reforms and assess the impact before expanding the remit of these programmes more widely. Kee Joo Wong, HSBC explains,