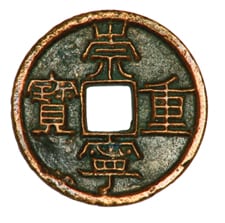 Emerging markets will continue to drive global growth, particularly China and other parts of Asia. This growth is strongly apparent in trade flows both within Asia and between Asian countries and other markets in Europe, North America, Latin America and Africa, positioning Asia as a dynamic trade partner for the world. Even though 2014 is likely to bring some economic recovery in the US and Europe, Asia remains a powerhouse of growth.

What does this mean for multinational corporations?

Asia’s strong economic potential means that corporations of all sizes need to make strategic decisions about the extent to which they wish to leverage the growth opportunities that exist. Many are embracing these opportunities with enthusiasm, resulting in significant levels of liquidity being placed in Asia, creating a vigorous and motivated trading environment. With intra-Asia trade flows continuing to strengthen, companies that can take advantage of these trade routes will gain a competitive advantage.

As the world’s second largest economy and the pivot of significant amounts of both intra-Asia and global trade, China is the primary focus for many corporations. Despite a softening of growth resulting from the global financial crisis, China’s growth has remained robust, currently at around 7.5%, which is impressive compared with other regions. China has embarked on a journey of regulatory liberalisation to encourage foreign investment, which has been met positively by banks, non-bank financial institutions and corporations across a wide reach of industries. With greater cross-border movement of RMB reflecting steady progress towards RMB internationalisation, and initiatives to facilitate easier cash and treasury management in China, organisations of all types are gaining confidence in developing and implementing their investment plans in China.

The roll out of a virtual account structure for a large corporate client has many advantages,.